There's always more to life than your own perspective! So, open your mind, and think out of the box!! 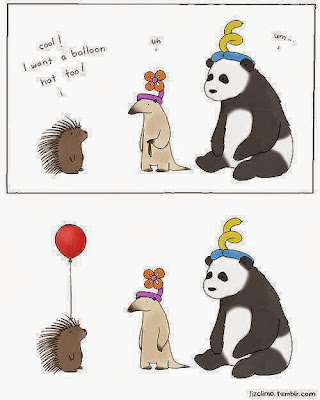 The Eternal Question - Does God Exist?

Some incidents in life get you thinking! You were praying really hard for something not to happen, and just in the nick of time - it didn't. Or, you wished something came true, and for no rhyme or reason it did come true. Sheer coincidence, where the universe aligned all the required elements at the right time to be in your favor or is there something bigger than all of us sitting up there listening, giving what we want, when we need it.

I've had many arguments on these lines with friends and family. I have to confess, I've not been to church in a long time. In the same breath I must admit that I pray every single day, twice a day without a break - come what may. Now, does that make me a believer or a sinner? I believe there is a God. I believe he is up there listening to all of us. And yes, I do believe that he exists. You ask me for proof, I have none. i just have faith and belief.

There are many times in my life when I've wished for something to happen real bad. And it did. There are times when I didn't see things coming, and it hit me right in the face. It's only later I realized that the incident made me a better person. These, and much more makes me believe that there is more to life than what we make of it.

When that promotion comes in unexpectedly, or luck just seems to favor you suddenly; when you question fate, destiny or anything that you cannot put a finger on - know that there is more to this world than you can ever understand. Give up what holds you back, embrace the unknown and I promise you will 'see' that there is a God.
Posted by Avik

‘Restrepo’ Director and a Photographer Killed in Libya

A song by a 13-year-old American teenager has gone viral on the internet after being widely described as the worst one ever recorded.
Rebecca Black's pop song called Friday has been viewed on YouTube more than 29 million times.
It has trended on Twitter and been the subject of huge online comment and discussion.
That's mainly because it's been derided by millions of people for what they say are its awful lyrics.
Ones like "yesterday was Thursday Thursday, today it is Friday Friday", "gotta get down to the bus stop, gotta get my bus, i see my friends" and "we we we so excited, we so excited".
People have been quick to criticise the song for more than just its words.
The teenager's heavily auto tuned singing and video have also been labelled as terrible.
Future stars

The song was produced by Los Angeles-based Ark Music Factory which describes itself as an independent record label.
On its website it says its main objective is to discover future number one artists and produce the next outstanding star.
Rebecca's profile page on the site describes her as "a fun loving, 13-year-old".
"She loves to sing, dance and act, and she is always looking to try something new," it says.
"She landed the lead role in her school musical, Oklahoma!"
There are many parents willing to pay whatever it takes to make their children become the next Justin Bieber.
The now internationally-recognised number one star was discovered on YouTube and later signed by Usher.
In this case though, despite the criticism, Rebecca Black may have the last laugh.
Tweeting on 15 March she said: "My song Friday is now available on iTunes !!! Thank you all for your support. xoxo <3 :)".
It's now entered the iTunes chart and by Monday lunchtime (21 March) had reached the number 25 spot.
Posted by Avik

Mumbai:  A father in Mumbai who hasn't seen his son in nearly nine days is trying to find the five-year-old online.On Facebook, Anand Shah has uploaded photos of his son, Karnit, along with his phone number - he hopes a stranger somewhere will respond with information that could help him locate Karnit."Whoever has him, I pray they are taking care of him. With folded hands, I appeal to them, please don't hurt my son" says Anand, his voice unsteady.On Wednesday last week, Karnit was playing downstairs near the apartment building where the Shahs have lived for nearly a year in the suburb of Kandivii. Anand, a stockbroker, is married to Alpa, a housewife. Their older child, a daughter, is in Class 4.
The Shahs say they have no personal or professional rivalries that may have prompted the kidnapping of their young son.The police says that children they have questioned in the neighbourhood have spoken of a "Sunny Uncle", possibly in his 20s, who has been seen lately offering chocolates and sweets to them. A police sketch has been prepared on the basis of their descriptions.  The police has set up five teams to try and locate Karnit. There has been no ransom call for him. On Facebook, thousands of people have forwarded Karnit's photos, but so far, no clue has emerged.The Shahs are offering two lakhs as a reward for any information that could help them locate Karnit.They have this description of Karnit. "He is fair, 3.5 feet tall, and was last seen wearing an orange t-shirt and blue denim shorts. He can speak Gujarati and Hindi and knows his address and his father's cell number. If you spot him - please call 9867023992 or 9821818626."

So, is this my first post? The answer to that is an overwhelming NO!

This blog has been up for the past 6 years and has gone through many changes. The last overhaul resulting in the wiping out of all content that accumulated since its existence.

After wiping all the content, the blog remained blank for over 6 months. I had nothing to say. And I don't talk if I have nothing to say. But today, I found my voice again. And you can expect to hear from me more regularly.

I don't have any plans for this blog, and frankly don't know how its going to turn out.

But, this time, I'm keeping my fingers crossed.